Priesthood of All Believers 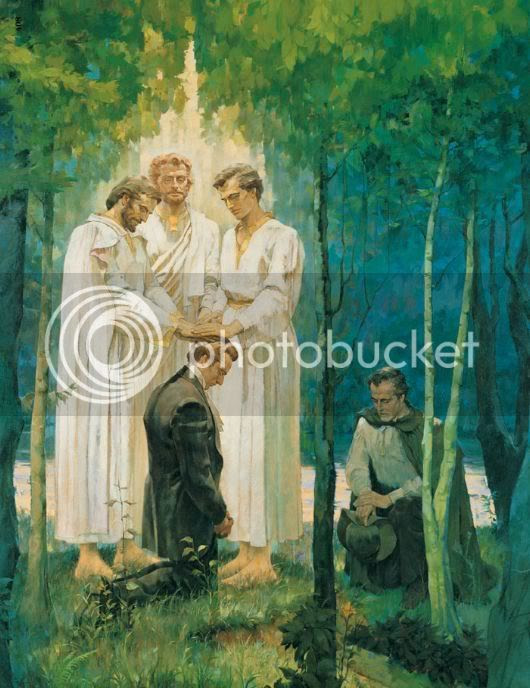 The Catholic Church believes in a literal authority that has been passed down from Peter through an unbroken chain which runs through the Popes. Every Catholic priest or bishop can trace his authority back to Peter through a claimed authoritative descendency. This means that a priest can only be a priest if he receives his authority under the hands of another priest who holds the proper authority. This is a huge doctrine to individual members of the Catholic church. When I ask some of my Catholic friends why they are Catholic, this doctrine is usually part of the answer. Where does this doctrine come from?

(Heb. 5: 4) And no man taketh this honour unto himself, but he that is called of God, as was Aaron.

(1 Tim. 4: 14) Neglect not the gift that is in thee, which was given thee by prophecy, with the laying on of the hands of the presbytery.

(Heb. 5: 1) For every high priest taken from among men is ordained for men in things pertaining to God, that he may offer both gifts and sacrifices for sins:

These scriptures support the idea that you cannot just claim authority to administer in God's kingdom. Many people feel like God has called them into his service. But according to the Bible, a proper servant of God not only is chosen by prophecy and revelation but also must be ordained with the proper keys and authority by someone else who has that authority. You cannnot just "take this honor unto yourself."

Now the Protestant churches have had to wrestle with this doctrine. Martin Luther objected to many of the other doctrines of the Catholic church but he resisted forming his own church in the beginning because of this very doctrine. John Wesley, the founder of Methodist church, was criticized by his brother Charles over this doctrine: "So easily are Bishops made, by men's and women's whim, Wesley his hands on Coke hath laid, but who laid hands on him"(John Wesley: A Biography By Stephen Tomkins. p.186).

Protestants declared a new doctrine known as the "Priestood of All Believers." This doctrine says that Jesus Christ is the great High Priest and the only necessary intercessary and mediator before God. That all men are on equal ground and that all believers hold the priesthood and can come unto God through Christ without the need for the gifts, righteousness, grace or another man.

(Matt. 28: 20) Go ye therefore, and teach all nations, baptizing them in the name of the Father, and of the Son, and of the Holy Ghost: Teaching them to observe all things whatsoever I have commanded you: and, lo, I am with you alway, even unto the end of the world. Amen.

Protestants and Evangelicals focus on Ex. 20:19 where God desired to make high priests out of all Israel but they refused. So instead, God gave a lesser law and called Aaron and his brethren to mediate in the priest's office. Since the Law of Moses is fulfilled and Christ is the higher law, Protestants claim that priesthood is no longer necessary in the same way as in the Old Testament. Having said this, it's not like I could just walk into any Protestant church and claim the same religious authority as their priest or bishop. So, sometimes I wonder how they make their doctrine really fit with everything the Bible says about priesthood. I mean, there has to be someone who collects the tithes of the people, or someone to baptize, and someone to conduct marriages. The Bible is clear that despite the doctrine of the "Priesthood of All Believers," Christ organized his church with priesthood officers upon which he conferred keys and authority.

So, for centuries, the Protestants and Catholics have gone back and forth about this issue when in fact they have created a false dichotomy. Truth is, that they are both right and both wrong. Which is usually the case with false dichotomies. Both the concept of priesthood descendency as well as the priniciple of "the priesthood of all believers" is necessary. The Church of Jesus Christ of Latter-Day Saints stands alone as the only church that exhibits both doctrines. How do we pull that off?

The LDS Church believes the priesthood keys and authority given to Peter are necessary but do not descend through the line of the Popes. We believe the Bible clearly teaches that the authority was lost from the Earth (2 Thes. 2: 3, Amos 8: 11, Rev. 12: 6, 14). That authority was then restored (Acts 3: 19-21, Dan. 2: 45) by Peter, James and John to Joseph Smith and Oliver Cowdery in 1830 just how the Bible requires it; by revelation and by the laying on of hands. Peter, James, and John appeared to Joseph Smith and Oliver Cowdery and ordained them with the keys and authority to administer God's Kingdom on Earth. All priesthood holders in the LDS church can trace their authority back to Joseph Smith and consequently Jesus Christ himself through an unbroken line of descendency.

Now what about the idea of "The Priesthood of All Believers." Well, just because we have apostles, prophets, bishops and such doesn't mean we don't also believe this doctrine. In the the LDS church there are is no professional clergy. Bishops and such are choosen by a process of prayer and revelation out of the congregation. All worthy men in the congregation are ordained to the same priesthood and be called at any time to use that priesthood to administer and preside over God's Kingdom. While not serving as Bishop, he continues to use his priesthood to serve his family and neighbors over which he has stewardship. When his wife needs a blessing for the sick, or a child arrives at the appropriate age and desires baptism, it is the right of the father to administer to his own family. The church also has set up a system of Home Teaching that gives a father a stewardship over several other households. He is then able to assist the head of that household in administering to the spiritual and physical needs of their family.

Why is this important? Well, the whole idea behind the doctrine of "The Priesthood of All Believers" is that there shouldn't exist this spiritual divide between the clergy and the congregation. Just because you were a Bishop doesn't mean you are getting into heaven faster or ahead of anyone else. But, I think people recognize that the ministry and spiritual service in God's Kingdom is a powerful way to bring people closer to Christ. There is no better way to come to know Christ than to do the kinds of things he did. So, as a member of the Church of Jesus Christ, I am thankful that I have not only been give the proper authority to minister in the name of God, which authority was restored throught the prophet Joseph Smith, but I am also thankful that the LDS church has given me and all of the other members of the church many opportunites to serve and minister in God's Kingdom. 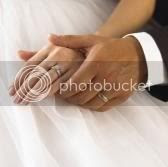 I have always found it intersting that most Evangelical and Protestant Christians believe, or at least hope, that family and marriage ties will exist intact in the next life. Although, not suprising, this fact is intersting because this belief is contrary to the official doctrinal beliefs of all other Christian denominations. Lately, several of my Christian friends have told me that their preacher or pastor has taught eternal marriage and eternal family relationships during their Sunday surmon. Despite what they preach on Sunday; evanglical, catholic and protestant clergy continue to conduct marriage ceremonies "until death do you part" or "for as you long as you both shall live." The marriage ceremony ends up being a marriage and a divorce all in one.

The belief that marriage and family relationships do not extend into the next life comes from the following scripture in Mark 12:24:
(Mark 12:24) "Ye do err, not knowing the scriptures, nor the power of God. For in the resurrection they neither marry, nor are given in marriage, but are as the angels of God in heaven."
The Pharisees came tempting Jesus proposing the scenerio of what would happen if a woman married a man who died without her bearing a child and then according to Jewish law she was given to brother 1-7 and they all died. In the ressurection whose would she be. God chastized them for "[denying] the power of God" Yes, angels aren't given in marriage or married in heaven. But that doesnt mean that as men they weren't already married. Marriage is an ordinace that can only be done here during mortality but if done by the correct authorty, will still be in effect in the eternities. This is the power of God.
(Matt. 19:6) “What therefore God hath joined together, let not man put asunder.”
(1 Cor. 11: 11) "Nevertheless neither is the man without the woman, neither the woman without the man, in the Lord."
Priesthood authority was given to Peter that whatever ordinance or action he perfomed in the name of God on earth would be in force in heaven. Therefore, if he baptized someone on earth, that contractual or covenant agreement would be in force in heaven. Also, if he married someone, that covenant agreement would also be in force in heaven. The keys of the kingdom is God's authority given to man to act in his name. This is the power the Pharisee's denied. Only the Church of Jesus Christ of Latter-Day Saints has the true doctrine and authority restored through the prophet Joseph Smith, to seal couples and family together forever.
(Matt 16:19) "And I will give unto thee the keys of the kingdom of heaven: and whatsoever thou shalt bind on earth shall be bound in heaven: and whatsoever thou shalt loose on earth shall be loosed in heaven."