Cool Things About Being A Latter-Day Saint 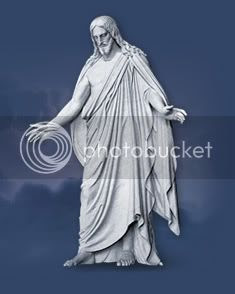 Augusta is a great family town. However, it is also a rather transient town. The major employers in the city are the Savannah River Site National Nuclear Laboratory, Medical College of Georgia, and Fort Gordon Army Base. These employers recruit nationally, and consequently there are diverse families here from all over the country. So, as a new-comer to the area or a"johnny-come-lately" as they like to say, there are many families in the same boat which makes for accepting neighbors.

Fitting into our new LDS church was no problem. When you become Mormon or a Latter-Day Saint, you do not pick and choose were you are going to go to church. Congregations are geographically defined. That means, that you go to church with the people in your neighborhood where you are assigned to go. The result is that LDS congregations are proportionately some of the most diverse congregations in the country. This system also fosters both temporal and spiritual equality in the church. Their are not big mega-churches and small poor churches except for where new branches are still building membership in a particular geographical area.
The last 2 years my wife and I have enjoyed fellowship in our current congregation. We have brought dinners, thrown baby showers, and exchanged babysitting with many fellow congregatants and have had many dinners brought over to us. The church has a system of visiting and home teaching where 2 women congregants and 2 male congregants are assigned stewardship over another family in the congregation. This means, that even those who don't make friends easily have people availible to bring them dinners and serve them and help them. In this way and others there really isn't any poor among us.
In addition, the doctrine and structure of the meetings, and the feeling of God's spirit is exactly the same as the LDS congregations we left in Utah. I have lived in Utah, California, Wisconsin, and now Georgia; and the doctrine, structure, and Spirit is exactly identical in all the churches I have attended. My wife has attended congreations in Boston, Idaho, California, Texas, Utah and Georgia and she is in complete agreement. This unification of doctrine is possible because of a centralized leadership of a Prophet and 12 Apostles just like the Church of Jesus Christ of Meridian-Day Saints. Also, doesn't it make sense that the same God would reveal his doctrine the same in California and Georgia.
The inspiration for this post comes from feelings of compassion for a great Protestant Christian couple who are good friends of ours. They have been living in the area for the same time period and have not found a Protestant church they like. They have decided on a particular denomination but haven't liked the spirit they've felt in the countless congregations they have attended so far. They didn't like one congregation because it seemed too rich and prideful, and they didn't approve of another because they ordain female clergy expressly forbidden by their particular convention of which they are accepted and recognized to be a part of.
Despite our many invitations to attend the Church of Jesus Christ and to read the Book of Mormon, my friend told me that he is really happy and life is going good and that "he is not looking." And then he started telling me something about that the "enemy of best is good." Which was exactly what I was thinking. He seems to be comfortable with good enough. But so far it doesn't seem good enough. And they haven't read a word out of the Book of Mormon either, let alone ask God if its His word and get an answer that it is like another friend at work who was baptized last week (Hurrah for Israel) but I had very little to do with.
Anyways, 2 new LDS families moved into our neighborhood a couple months ago and not 30 minutes after my wife meeting the other wives we were swapping baby sitting. I mean, where in the world could you do that. Having just met someone for 30 minutes and already we are entrusting them with the care of our children. Where does this social capital come from? Well, it has to do with the strict promises and covenants these couples have made to God. My wife and I have made these same covenants. And when you talk to people who have made similar commitments to keep God's commandments, and they have been born again, and they are filled with the light of his Spirit, you know it and you can feel it. That doesnt mean they are perfect and are above temptation. But, you know how they feel about breaking their promises to God because you feel the same way. And that's how it works in the LDS Church.
It also works that we purchased our home in Augusta over the phone and almost exclusively on the recommendation of other LDS families. We had been to Augusta before but we didnt have time or money to visit again. So, we called up an LDS family we knew of in the area and we told them we would be moving into the area. They called us a couple weeks later saying that the house down the street was just put up for sale and that their neighborhood was the one we should live in. They took pictures of the house and helped with the inspection process and we made an offer on it without even seeing it in person. And, it has been the perfect house, in the perfect location for our family. Again, this is just a small manifestation or fruit of God's Kingdom on Earth.
I invite you to read the Book of Mormon for yourself. It testifies that Jesus is the Christ. It is the word of God together with the Bible. After you read it, pray to God and ask him if it is true. It really is that easy and hard at the same time. It does require some effort. Is it worth it to you to know the truth? It was to me, and by this formula I know for myself that it is true; and not once but again and again.

The following document, published 7 December 2001, was made available to the press during in preparation for the 2002 Winter Olympics held in Salt Lake City, Utah.

The following statistics are listed here for the use of journalists. They show where Utah scores high in a number of areas, including family, health, crime and education. These statistics cover the entire state of Utah, not just the population who belong to The Church of Jesus Christ of Latter-day Saints. In 2000, Utah was one of only three states to receive a straight-A score in a national report card based on a number of criteria (1).

Other Utah Statistics
Utah ranked highest in charitable giving. (1)
Utah was the fourth fastest-growing state, with a 29.6-percent population increase during the past decade (from 1.7 million in 1990 to 2.2 million in 2000). Utah's growth rate more than doubled the nation's growth rate of 13.2 percent. (3*) Utah supports 1,000 churches representing 67 religious denominations. (3**) Over 75 percent of Utah's population are members of The Church of Jesus Christ of Latter-day Saints. (6)