Godly Sorrow: The Proper Role of Guilt, Remorse, and Regret in the Gospel Message 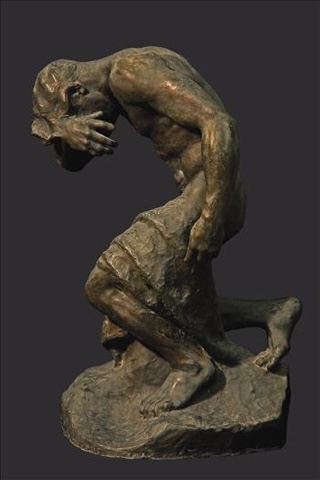 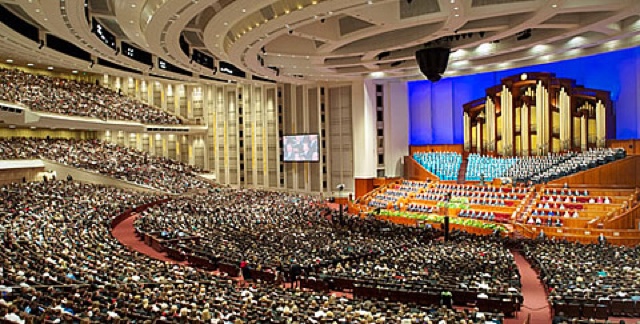 Elder Hales-  Light of Christ vs. Holy Ghost. Light of Christ helps us distinguish right and wrong.  Holy Ghost helps us receive personal revelation. Study it out and bring a decision to Him in prayer.  Testifies of the Savior. Comforts and remits our sins.  Only the prophet receives revelation for the Church.  The Lord guides the Church using the same sacred pattern of revelation.
Elder Gong- Remembering and forgetting are part of life and eternity. Confidence in covenants, recognize hand, trusting in assurance.  Forgive and don't take offense. We are always welcome home.  Take the sacrament.  Pray always, serve, care for the poor. Remember Christ in all times, places, circumstances.
Elder Kearon- Refugees.  We are all refugees. Christ was a refugee fleeing Israel to Egypt. LDS were refugees in our history.  This is not about political immigration policies but about people escaping war that they had nothing to do with.  Participate in relief efforts.   Do something local and help refugees return to self reliance. Stakes of Zion are to be a refuge.  What we have endured doesn't define who we are.
Elder Oaks- We must face opposition. We could not act unless enticed by both sides. Agency requires opposition.  Satan wanted to destroy agency and steal Gods glory. All adversity will give us experience and be for our good.  Life is not supposed to be easy or consistently pleasant. This is the real test to see if we will be endure valiantly and do what is best. Their is no loyal opposition in the kingdom. Questions are honored but not opposition.  Judge Joseph Smith by fruits not every perceived action. God does not prevent all catastrophes.
Elder Richards-  We need the temple more than anything else.  The temple arms us with righteousness, power and great glory.  Temple work is for all ages. Encourage youth to serve before and after their missions.  Communion of angels will be added from time to time.  Come often and with family and for family.  We are those arrayed in white serving in the temple.
Elder Johnson-  Resurrection is the greatest event of all time.  Even for the righteous, death is captivity.  All physical challenges will end. Cancer has already been cured and is not beyond the power of God to overcome via the resurrection. Jesus Christ lives and because of Him we will all live again.
Elder Holland- Your attention is fixed on us during this conference but we are fixed on you.  We love you wherever you are in the world.  You are the miracle.  Hold fast to the Spirit we have felt here.  Tomorrow threatens to cause us to forget. In the very hour God was telling Moses to make no graven images, Israel was fashioning the golden calf.  After the Mount of Transfiguration the disciples were squabbling.  "Oh faithless generation". General Conference is to give hope not discouragement.  We can improve, Satan cannot. Continue to seek and to strive. Keep trying. Sanctify yourselves for tomorrow the Lord will perform wonders among you. 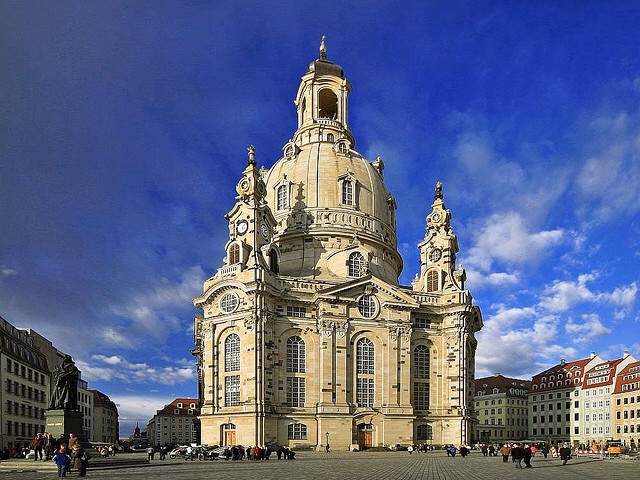 President Monson: 4 new temples. Now 150. Door of history turns on small hinges and so do our lives.  Small decisions determine whether we reach our eternal goals. We know where we want to go and our decisions do matter.  Repentance allows us to correct our path. Harder right instead of easier wrong.  Choose Christ.
Sis. Oscarson: Do we really believe it? "Families are Forever" comforts us even when facing death of a child. Gives us peace in crisis. Teachings are more than just words. The LDS Church is more than just a social club or nice system to teach children. Get the gospel from our heads into our hearts.  We already have the truth, we don't need to go searching for it but need to stay in the boat.
Bishop Waddell: Do we sometimes have a hard time thinking of Jesus? How to keep our thoughts focused on the Savior and have His peace: Learn, Listen, Walk.  Attend the temple.  Children who have died but are born in the covenant are not lost but ours forever. Stand with the prophets and don't just taste the fruit of the Tree of Life but continually feast upon it and ignore the mockers that seek to destroy our peace.  Walk with Christ to gethsemane and repent.
Elder Christofferson: LDS believe in Fatherhood who put their families first, protect and preside in love and righteousness.  Society needs to create fathers.  Fathers have a divine origin. Fathers  show great love by laboring daily for the support of their families. read scriptures and acquaint children with the voice of the Lord. Fathers provide discipline and correction without abuse.  Fathers are breadwinners.  Media should depict noble fathers and not buffoons. Pray for and with your children.
Elder Cook: Temple increases our testimony of Christ.   Requirements of the temple are simple.  Blessings of the temple determine our exaltation. God is no respecter of persons. There is no rank in the temple.  Covenants are eternal and begin when you "see yourself in the temple".   Temple is the great symbol of our faith and a refuge.
President Uchtdorf: Dresden the jewel-box that was built in 1000 years was destroyed in 1 day during WW2.  Dark stones in the rebuilt Freuenkirche are originals.  70 years later it has been restored and rebuilt. New life from ashes. God can rebuilt and restore us.  God will rescue His sheep because He loves His sheep.  It matters not why or how the sheep became lost. God will not force us to be rescued against our will.  We must turn unto Him. Obedience is liberating path to exaltation. 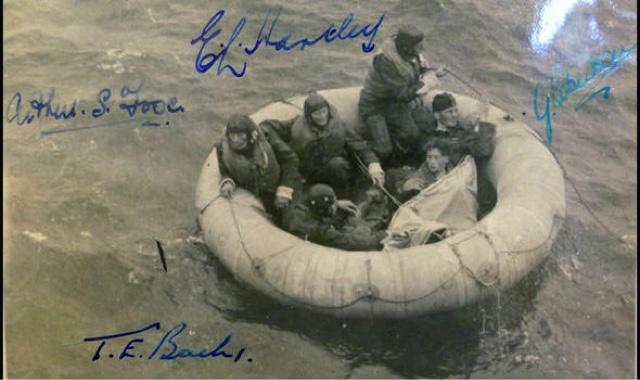 Elder Nelson: Divine role as men of God. Willing to be humble and let go of old hurts and habits.  To submit to priesthood leaders and hold the priesthood.  Authority without power due to sin. Waste time instead of bare the power of God to bless others. Only if we have paid the price will be be enabled to bless and protect and heal one day and for eternity. Pray for more power. serve, cherish wife. Priesthood can calm the earthquakes in our own homes.
Elder Owen: What it means to lead and to follow.  Christ was the greatest leader and follower. Christ followed His Father with humility, meekness, persuasion, patience, faith and love. Leadership is a matter of discipleship.  Must invite all to come unto Christ.
President Uchtdorf: Everything in todays material world seems disposable or upgradable.   Family, marriage, eternal blessing cannot be replaced with the modern. Families are the order of heaven. Families require intentional work. Remember integrity and loyalty and covenants. Be happy.  Choose happiness.  Charity vs. Pride.
President Eyring: Celestial marriage is our purpose.  Why should this matter to young and old. The welfare of family should come first at all times. Exhort by baring testimony is never offensive.  Make marriage a priority.
President Monson: We bare the priesthood dependent upon righteousness.  Stand in holy places and remember who you are. Story of airman downed in the Pacific: "You have the priesthood, command the vessel to pick you up." Be ready to bless others. 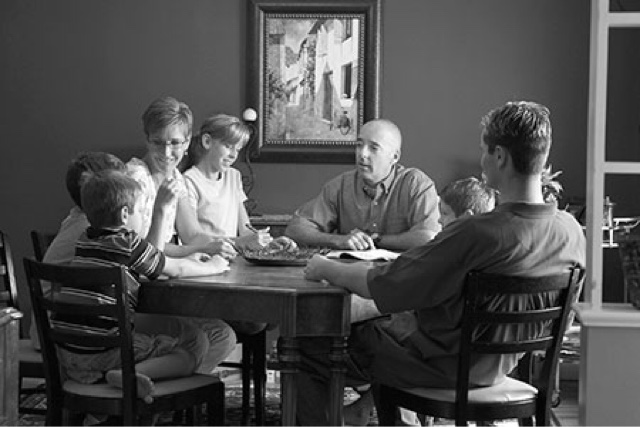 Elder Rasband: Restoration began with youth asking questions.  Questions are welcome, opposition is not.  There is no loyal opposition. Questions demonstrate desire to learn and pressing forward with faith.  Leaders we sustain warn us of dangers.  Are we choosing to stand on the Lords side with His leaders?  The Lord reaches out to save us through others (leaders and family).
Elder Andersen:  The Church teaches the ideal family but we should be sensitive to children's diverse circumstances. We can still teach eternal families to all children.  Their spiritual dna is perfect. Help youth feel included (outside the fence) through other youth.
Elder Arnold: Grandparents can rescue grandchildren and others.  Don't delay in the rescue. Never give up.
Elder Mazzagardi: Why did the restoration happen in America?  God had brought people from all over with varied beliefs but love of their family for the construction of the Erie Canal.  Restoration promised eternal families.
Elder Bednar:  How do we retain a continual remission of sins?  Being born again comes through ordinances. Holy Ghost is a sanctifier.  In the ordinances, the power of godliness is manifest. It the reception of the Holy Ghost that remits sins (not the water). Continually partaking of the sacrament will help us always have the Spirit with us.  Sacrament is a renewal of both baptism and confirmation.
Elder Ballard: Councils are the Lords way. Family councils will protect from worldliness. 1. General 2. Executive 3. Limited 4. One-on-one.  Turn off electronics.  Doesn't need formality. The walls of our home alone no longer protect our family relationships.  Need prayer and councils. 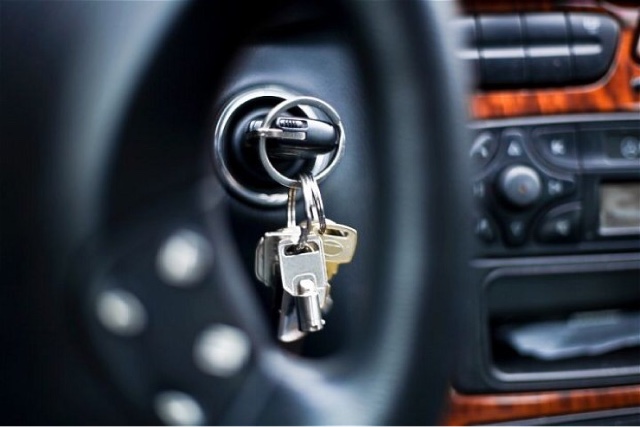 Pres. Eyring: Feel the Saviors Love?  Pray, share gospel by the spirit of truth, bare testimony, sing, serve.
Sis. Durham: What do we do when we feel like we are drowning?  Kick off weight of the world.  Covenant at baptism, and receive the Holy Ghost.  Eli and Samuel: help children feel and recognize Spirit.
Elder Hallstrom: God is our Heavenly Father. We are spirit children of Our Heavenly Father.  Knowing who we are helps us make and keep covenants. Child of God is our principle identity. "You can have what you want or you can have better".  World causes us to forget who we are.
Elder Stevenson: Lost the keys.  Car was gassed and battery charged.  Without keys the car is just glass and metal.  Without the restoration, we would be locked out of the divine vehicle of Christ's Church.  Keys authorize.
Elder Duncan:  We live in a fallen world. Others can hurt us. Forgiveness is protection. Let God judge. He will repay. Let God give us peace. God will compensate us for every loss. See others as God does.  To forgive is not to condone. We don't have to be a victim twice, we can forgive.
Elder Snow: Hymns, worship though song. Be thou humble.  God will show us our weakness.  Become as a little child.  Be humble without being compelled.  Remember our dependance of the Lord through sincere prayer.
Elder Renlund: Greater the distance between the giver and receiver produces greater entitlement.  Family proximity is best.  The further we distance ourselves from God, the more entitled we feel that we deserve grace and that God fix things right now.  The closer to God the more humble and thankful. The direction we face is more important than absolute distance. God delights in repentant sinner more than the prideful self-righteous. Life is unfair.  God will ultimately give all of us more than we deserve and make up to us all our losses.