Prohibition did not make the consumption of alcohol illegal, only the manufacturing, distribution and sales of recreational beverage alcohol. Anyone could make their own and consume it and even freely share with friends.
According to Havard reserchers and the data, Prohibition did decrease use by up to 30-50%, decrease medical complications, and alcohol-related crime.  Violent crime and homicide did not increase during Prohibition but was steady.
A black market was created by organized crime but revelations about J Edgar Hoover's FBI demonstrate that he was covering for the mafia (also serious undisclosed morality issues) and publically denied its existence until the Apalachin Meeting embarrassed the FBI in 1957. The media also had a hand in sensationalizing the impact of the mafia and crime.
https://en.m.wikipedia.org/wiki/J._Edgar_Hoover#Response_to_Mafia_and_civil_rights_groups 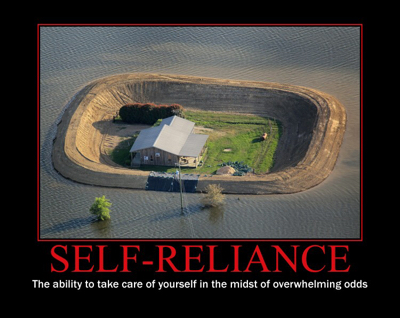 From the Church Handbook of Instructions, we learn: “The Savior has commanded the Church and its members to be self-reliant and independent. …

“To become self-reliant, a person must work. Work is physical, mental, or spiritual effort. It is a basic source of happiness, self-worth, and prosperity. Through work, people accomplish many good things in their lives. …

“As people become self-reliant, they are better prepared to endure adversities” and are “better able to care for others in need.”

Self-reliance is not about vainly thinking you can work and save yourself.  Self-reliance is about cultivating your own dependance and personal relationship with Heavenly Father through Jesus Christ.  Self-reliance (not self-sufficiency) is about becoming an agent and applying the teachings of Jesus Christ and receiving the spiritual  and temporal blessings therefrom such that you become enabled to spiritually and  temporally assist others and serve in God's kingdom.

Jesus did say that the only sign he would give of his authenticity was the sign of Jonah, being 3 days and nights in the grave. Although it is commonly taught amongst the Gentile world that he was crucified on Friday and resureccted Sunday morning, that is entirely based on a misunderstanding of Hebrew practice. In the year of his crucifixion, Passover began on Wednesday evening. He died around 3 pm in the afternoon. Nicodemus promptly asked for his body so he could get the body in the ground before the High Sabbath began. Consequently he died as The Passover Lamb for all Israel at what would have been exactly the same time as the final lamb was crucified on the temple mount. Nicodemus barely had time before dark (the beginning of the Passover High Sabbath) to get him in the grave and purchase the linen to cover his body. The High Sabbath would have lasted until the following evening (Thursday night). Friday would have been a normal day in Israel, however, because of the weekly Sabbath was only a day away(starting Friday night) the women would have had a very hard time purchasing spices to dress his body as most shops if open would have only opened a half day if at all. They did not realize that Jesus had already been dressed with a hundred weight of aloes, etc by Nicodemus. Because of the weekly Sabbath they could not go there from Friday night to Saturday night (touching the dead and dressing them is unappropriate for the Sabbath and forbidden). So, Jesus was in the grave from Wednesday evening thru Thursday evening thru Friday evening, and he actually arose sometime Saturday evening (the same time the Temple priests would have been harvesting the barley on the Mount of Olives, threshing, baking, so that the High Priest could offer the wave offering on Sunday morning at first light as the practice of the Feast of Unleavened Bread. You will remember that Mary came early Sunday morning to the tomb (after the weekly Sabbath, probably before the sun was fully up, and there met him in the garden.) He told her not to touch him as he had to first go to his father in heaven and after that he would come back and meet them in the Galilee. The High Priest during this week also would have been sequested from Wednesday night thru Saturday night until the barley was harvested, the priests would have brought him the wave offering and he would take it up into the temple to complete the ordinance. Jesus fulfilled the temple ordinance by doing it exactly the way it was revealed to David and exactly the way the temple priests and all of Israel knew it to be done, but for real. He was the Passover Sacrifice, he did come out of the grave after three days and nights, and he did present the Wave Offering in the throne room of his Father (the graves were opened and the dead were raised at his resurection) He was not a metaphorical fulfilling of the prophecies of David, Isaiah, and Zechariah, but a literal fulfillment of all these things. The book of Hebrew documents Jesus being The High Priest for all the Earth after the order of Melchizidek forever.  - Jason

This was a great explaination of the fact that Jesus was crucified on a Wed and not Fri, which I have long agreed with.

1 Then saw I a dream, and, behold, there came up from the sea an eagle, which had twelve feathered wings, and three heads. (US)(Executive Legislative, Judicial)

10 And I beheld, and, lo, the voice went not out of her heads, but from the midst of her body.  (democracy)

12 And I looked, and, behold, on the right side there arose one feather, and reigned over all the earth;  (Herbert Hoover )

13 And so it was, that when it reigned, the end of it came, and the place thereof appeared no more: so the next following stood up. and reigned, and had a great time; (FDR)

17 There shall none after thee attain unto thy time, neither unto the half thereof. (term limits)

22 After this I looked, and, behold, the twelve feathers appeared no more, nor the two little feathers:  (14 POTUS)

31 And, behold, the head was turned with them that were with it, and did eat up the two feathers under the wing that would have reigned. (JFK, Nixon)

32 But this head put the whole earth in fear, and bare rule in it over all those that dwelt upon the earth with much oppression; and it had the governance of the world more than all the wings that had been. (oppression)

35 And I beheld, and, lo, the head upon the right side devoured it that was upon the left side. (Judicial overturn Legislative)

42 For thou hast afflicted the meek, thou hast hurt the peaceable, thou hast loved liars, and destroyed the dwellings of them that brought forth fruit, and hast cast down the walls of such as did thee no harm. (oppression)

45 And therefore appear no more, thou eagle, nor thy horrible wings, nor thy wicked feathers nor thy malicious heads, nor thy hurtful claws, nor all thy vain body: (destruction)

And he shall judge among the nations, and shall rebuke many people: and they shall beat their swords into plowshares, and their spears into pruninghooks: nation shall not lift up sword against nation, neither shall they learn war any more. (Isaiah 2:4)
And if the family of Egypt go not up, and come not, that have no rain; there shall be the plague, wherewith the Lord will smite the heathen that come not up to keep the feast of tabernacles. (Zech 14:18)
Each time scripture discusses the Second Coming of Christ it talks about the restoration of the temple.  In Isaiah 2, presents the idea that the judgement and rebuke of the temple is what brings about  peace on Earth. Zechariah seems to suggest some sort of coercion with regard to the temple.
However, there is no physical coercion in religion, but only the fact that blessings only come by way of obedience.  Eventually there will be no other way to succeed bur by obedience to God's laws.  In todays society, a person in poverty may seek to elevate themselves by hard work and clean living.  However, another person may see an alternate path of escaping poverty through illicit means.  Eventually, with the light of the temple those alernate paths will no longer be available.
Just like secret evil circles  require members to commit certain unspeakable acts to determin whom they can trust, the Lords House is the original institution which worked similar but opposite.  The Lord's people can know and properly judge an individual by the temple and the keeping of their covenants.  The wicked cannot bare the requirements of the temple long term if at all.
Maybe this is what Christ was referring to when He taight that "by their fruits ye shall know them". Christ warned His people of wolves in sheeps clothing. Had the Missouri Saints built the temple, they were primised to have been able to "see the enemy afar off" before they had been infiltrated and animosities fomented leading to their eventual expulsion.
"And even so I have sent mine everlasting covenant into the world, to be a light to the world, and to be a standard for my people, and for the Gentiles to seek to it, and to be a messenger before my face to prepare the way before me."(D&C45:9) 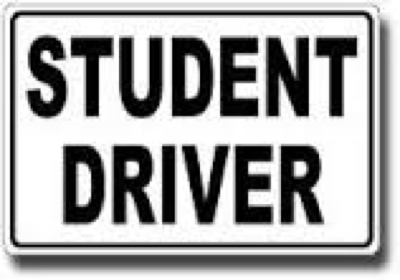 My son is learning to drive.  I often have him drive me to Church Sunday mornings.  The roads usually aren't too crowded.  While we were driving, my life was flashing though my mind as happens when one puts ones life at mortal risk.

While in the car with Devin at the wheel, I was remembering when my older brother Tim was a new driver and driving the family station wagon up Ogden Canyon on family vacation. You know the station wagon with the wood panels.  The road up Ogden Canyon was narrow, and windy, with a  sleep cliff up on one side and a steep ravine down the other side into a stream at the bottom.

I think I was maybe 7-8 years old at the time and seat-belts were almost unheard of.  Families typically just piled into the family wagon. On this occasion I was in the  way back and not strapped in. A couple of drunk men driving a dodge duster were swerving and coming the other direction. I had been facing forward looking over the rear seat.  And I then remember feeling the impression to lay down.  I did, and then the next thing I remember is a collision and my mother screaming "my babies, my babies!".

Everyone was okay, except for one of the gentleman in the other car which had flipped over.  The passenger had been ridding with his hand out the window resting on the top of the car which had gotten cut up.  In the end we went back to Ogden, rented a van and enjoyed the rest of our vacation without incident.

The universe is a violent place, and this small miracle and others like it are reminders that none of us would make it without God's influence and preservation.