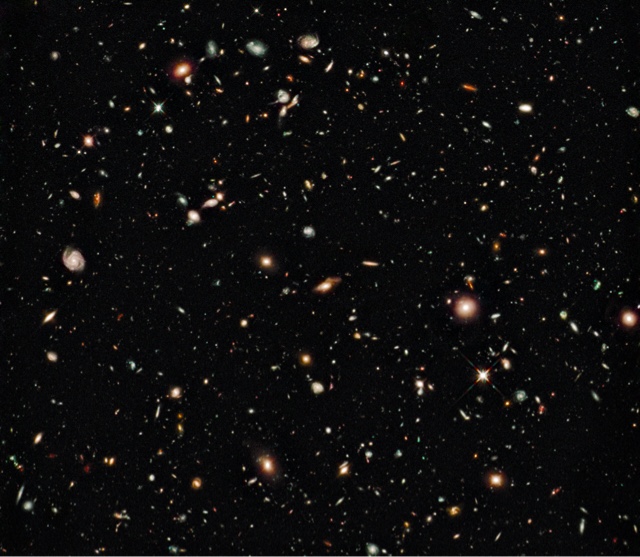 As we build bigger and bigger telescopes that can capture and resolve more and more light, we can see further out into the universe and further back in time. Although no man has seen the edge of the universe, science estimates that universe may be 13.82 billion years old. The Earth itself is believed to be 4.54 billion years old.  As we look out into the universe we also are witness to some of the most powerful and violence events including cannibalizing black holes, exploding supernovas, gamma ray bursts and colliding galaxies.
Considering the apparent size of the universe and age of the Earth, it is a sobering thought to think that God created it all so that a few of His children to come down on small little Earth's like ours and have a brief mortal experience for just 6000 years.
As we learn about the history of the Earth, we learn of the great epochs of its history that prepared its soil and atmosphere for the family of Adam and Eve to dwell with relative safety and comfort.  When we consider the Great Flood in the days of Noah and the Great Burning that is to come in the Last Days; I am saddened at human-kinds ability to so quickly spoil this Earth in such a very short period.
God taught that if He did not bring judgement and come quickly, hastening his coming in the Last Days the whole Earth would be wasted at his coming and there would be no flesh left upon the Earth.

On the Sabbath,  God rested from all his work.  God blessed the seventh day, and sanctified it: turn away from doing  thy pleasure,  and called the sabbath a delight.
Christ rose from the tomb on the first day, the disciples broke bread, and preached. Remember the Lord’s Day,  offer thine sacraments unto the Lord.
Keeping the sabbaths; is a sign to God
of our willingness to obey. Even them will I bring to my holy mountain, and make them joyful in my house of prayer:
Chorus:
Remember the sabbath day, to keep it holy. Six days shalt thou labour, and do all thy work:  But the seventh day is a day of rest. 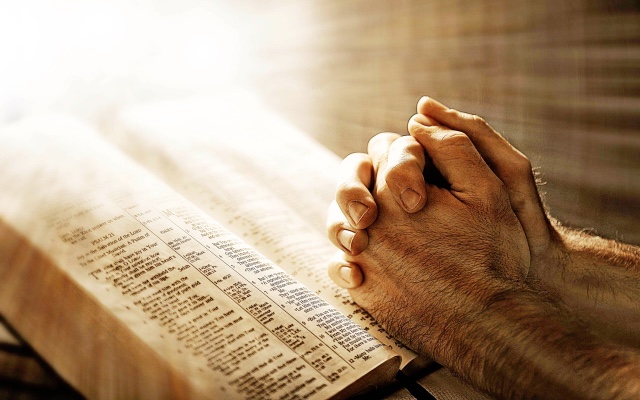 A few great points were made in our Sunday School class last week about prayer.  1.  It was stressed that prayer is 2-way communication with our Heavenly Father.  How many of us pray but don't give God time to respond?  Too often many of our prayers may be a one-sided telephone conversation where we quickly list what we want God to do for us and then immediately hang up the phone.
2. Another good point was that God is not Santa Clause.  Do our prayers more resemble a Christmas wish-list?  In reality, instead of only thanking God for what we can think of and asking God for only those things we want, we can more effectively pray by asking God to know what we should be thankful for and asking Him what we should ask for. God teaches us that if we allow, He will direct and refine our prayers.
3. Prayer is not about ordering God around or trying to change God's mind but instead aligning our will with His. True faith, hope, and charity is about develiping our desire to seek and do God's will above our own and giving our whole souls as an offering to our Heavenly Father.
Jesus Christ who exemplified the pure and  perfect love for the Father in all things continually taught that He taught and did nothing of Himself but only what His Heavenly Father willed. Because of Christ's charity and love for His Father's will above all else, Christ was empowered to be better and do better than anyone who has ever lived. President Benson often taught that we should "give our lives to God because He can do more with it than we can".

Great article on choosing Christ over simply choosing to be happy alone.  Sometimes we may be in the midst of a trial or facing adversity.  We may not be exactly happy at that precise moment, but we can be at peace knowing we have chosen Christ and we may be sacrificing some immediate happiness now for eternal happiness later.