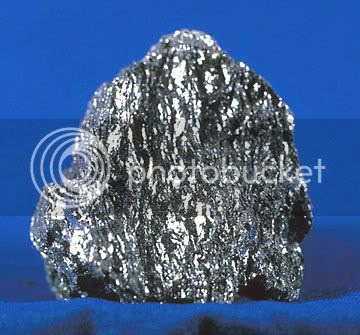 2 Ne. 5: 16 16 And I, Nephi, did build a temple; and I did construct it after the manner of the temple of Solomon save it were not built of so many precious things; for they were not to be found upon the land, wherefore, it could not be built like unto Solomon’s temple. But the manner of the construction was like unto the temple of Solomon; and the workmanship thereof was exceedingly fine.

The pattern of Solomon's temple is a simple one. So simple that it could be replicated using fabric, poles, and stakes. If the Tent-like Tabernacle is considered patterned "like the Temple of Solomon" then I'm sure that a simple eligant building could be constructed which could serve the early Nephites.
The Book of Mormon says that Nephi did teach his people to work in brass, iron, copper, steel, gold and silver but that does not mean there was enough to adorn their temple to the extent the Temple of Solomon was arrayed. Also, other precious things which Nephi could be referring to in building his Temple would be granite and marble stone.
2 Ne. 5: 15 15 And I did teach my people to build buildings, and to work in all manner of wood, and of iron, and of copper, and of brass, and of steel, and of gold, and of silver, and of precious ores, which were in great abundance.
The Book of Mormon seems clear that Nephi had a nack for metal work. He certainly shows interest in LAban's sword and is able to give a detailed desciption of it. The very fact that he recognizes it as Steel is significant. (Google about the Vered Jericho sword for an example of Steel sword discovered in Isreal from 600bc). He also is reported as having his own steel bow which was a prized possession of his. And there is a good possibility that it was made by Nephi himself. His family mourned over its loss.
Also, there is an important detail about the manner of of his bow's demise. While his brother's bow's had lost their spring, Nephi says his Steel bow broke. This is perfect science. While steel is harder than iron, it would be less likely to lose its spring but woould have been more brittle and would be more vulnerable to breakage.
Finally, when he was commanded to build the ship to cross the ocean he immediately asks "where do I find the ore." IT seems he was well aware of what to do with it and how to make metal tools. I would also point out that Nephi says he obtained metal ore "out of a rock". This is again, perfect science. Copper, Iron and other metals were obtained by heating/smelting ore (hematite or magnetite) containing rocks.
1 Ne. 17: 9-10, 16 9 And I said: Lord, whither shall I go that I may find ore to molten, that I may make tools to construct the ship after the manner which thou hast shown unto me? 10 And it came to pass that the Lord told me whither I should go to find ore, that I might make tools. . . .16 And it came to pass that I did make tools of the ore which I did molten out of the rock.
I think this example shows how the Book of Mormon is internally consistent and true. However, I don't need these evidences for the basis of my belief because I have already asked God and he has answered my prayer "yes" by the power of the Holy Ghost. The mission of the Holy Ghost is to testify of truth.
John 16: 13 13 Howbeit when he, the Spirit of truth, is come, he will guide you into all truth:
[A great article on ancient steel bows in India]
http://www.student.utwente.nl/~sagi/artikel/steelbow/steelbow.html
http://www.student.utwente.nl/~sagi/artikel/steelbow/steel1.html
http://www.student.utwente.nl/~sagi/artikel/steelbow/steel2.html
[Ancient steel making]
http://www.staff.hum.ku.dk/dbwagner/REHD/REHD.html