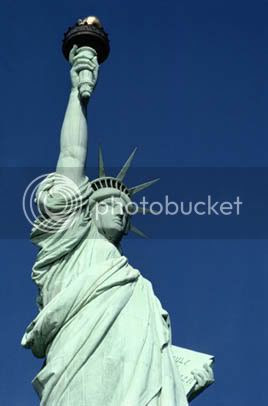 The Book of Mormon speaks of 3 things that if propagated thoughout a people would result in their eventual destruction.

#1 False Religion. Modern Christianity claims that the day of prophets and apostles has ceased. There is no one any more who speaks for God. Consequently, it seems anyone can start a church and teach his own version of religion. This practice is referred to as priestcraft and is a practice which, according to scripture, can destroy a civilization. Nehor was the first in the Nephite to practice preistcraft. Before Nehor, there weren't competing religions. You either believed or not. Nehor rejected the principle of a lay clergy in favor of a professional clergy who were paid by the congregants. Because of the pressures to make money, Nehor's professional clergy preached to "become popular" or to not offend (Alma 1: 3). Consequently, the people could now participate in a counterfit religion without being reminded of their many sins.

What do I mean by "becoming popular?" Let's say a preacher starts up a church based on the teachings of the Bible as he understands them. He and his family are directly supported by the tithes of the people. If he does not fill the church and pass the plate, he is bankrupt and his kids go hungry. Now lets say that a particular husband and wife are his biggest monetary supporters. They sit on the front row at church every Sunday. But, they happen to engage in open adulterous relationships. How many sermons on chastity and fidelity do you think that preacher will give. Not a one. Because he has a conflict of interest. If he teaches the law of chastity, he risks offending and losing his biggest contributors. Therefore, the preacher will preach to become popular. He will teach what people want to hear and not what they need to hear.

#2 Religious Extremism or Fascism. Extremists or Fascist enforce their religious and political ideologies by force. Anyone who refuses to accept their beliefs is exterminated. Nehor was also the first fascist among the Nephites. Gideon, an old and wise Nephite, engaged Nehor in a debate over religion. Nehor became so enraged he murdered Gideon over the dispute. The prophet Alma condems Nehor and warns us about the practice of priestcraft and fascism, "Behold, this is the first time that priestcraft has been introduced among this people. And behold, thou art not only guilty of priestcraft, but hast endeavored to enforce it by the sword; and were priestcraft to be enforced among this people it would prove their entire destruction" (Alma 1: 12).

Amlici, an apostate and follower of Nehor, sought to become a king over the Nephites. To prevent Amlici's rise to power, an election was organized so that the voice of the people could decide whether to reestablish a king or preserve their representative democracy. Amlici lost but later sparked a civil war in which he sought to force the majority of the Nephites to support him as King against their will. To gain the upper hand, the Amlicites allied with the Lamanites. When the Nephites, Amlicites and Lamanites came to battle, the Amlicites had cut all their hair short and painted their heads red. Mormon proceeds to comment on how the Lord curses, or marks, a people so the the believers do not mix with unbelievers: "And this was done that. . . thereby the Lord God might preserve his people, that they might not mix and believe in incorrect traditions which would prove their destruction" (Alma 3: 8).

This talk in the Bible and Book of Mormon about God cursing people is a Hebrew figure of speech. The Lord does not curse people any more than he painted the Amlicites heads red. The Amlicites painted their own heads red, people curse themselves, and God mearly allows it. Apostate groups want to destinguish themselves. This is evident among the homosexual community in the way they talk. Their manner of speach is a way for them to identify each other. And, on the other side, it helps heterosexuals identify them as well and not join in with their incorrect behavior.

#3 Secret Combinations: Because these false groups cannot gain power over the people by open and direct force, they seek to disguise their actions and engage in secret operations and conspiracy. They will engage in covert, gang, mob, and terrorist behavior. They will seek to infiltrate governments and to undermine the foundation of the people. Mormon comments on their intentions: "For it cometh to pass that whoso buildeth [secret combinations] up seeketh to overthrow the freedom of all lands, nations, and countries; and it bringeth to pass the destruction of all people" (Ether 8: 25).

This activity was conducted in the Book of Mormon by a group known as "the Gaddiaton Robbers." These robbers and murderers enstalled their own judges so that if they were caught and indited for a crime they would receive no punishment. The Gaddiaton Robbers were responsible for several assassinations of government leader as well as the eventual failure of the government. At one point the entire nation divided itself into tribes. Mormon comments that these secret combinations resulted in the destruction of his people, "And behold, in the end of this book ye shall see that this Gadianton did prove the overthrow, yea, almost the entire destruction of the people of Nephi" (Hel. 2: 13).

The scriptures give us a key to recognizing the true believer versus the false believer. The false believer will attempt to force his belief on others and even resort to genocide. The true believe, on the other hand, will die for his belief. The Book of Mormon illustrates this point by contrasting the actions of the Amlicites, Amalikites, Amulonites, and Zoromites with those of the Anti-Nephi-Lehi's, or the people of Ammon. The Ammonites were Lamanites converted to a belief in Jesus Christ. Following the conversion of the Ammonites, other Lamanites were insighted to anger against them by apostate Nephites. The Lamanites and apostate Nephites came against the Ammonites to destroy them because of thier conversion to Christianity. In stead of picking up their swords to defend themselves, the Ammonites "prostrated themselves before them to the earth, and began to call on the name of the Lord; and thus they were in this attitude when the Lamanites began to fall upon them, and began to slay them with the sword" (Alma 24: 23).

However it says, "Now when the Lamanites saw that their brethren would not flee from the sword, neither would they turn aside to the right hand or to the left, but that they would lie down and perish, and praised God even in the very act of perishing under the sword—. . . they did forbear from slaying them; and there were many whose hearts had swollen in them for those of their brethren who had fallen under the sword, for they repented of the things which they had done. And it came to pass that they threw down their weapons of war, and they would not take them again, for they were stung for the murders which they had committed; and they came down even as their brethren, relying upon the mercies of those whose arms were lifted to slay them. And it came to pass that the people of God were joined that day by more than the number who had been slain"(Alma 24: 23).

Mormon comments on this history by saying, "Now, among those who joined the people of the Lord, there were none who were Amalekites or Amulonites, or who were of the order of Nehor, . . . And thus we can plainly discern, that after a people have been once enlightened by the Spirit of God, and have had great knowledge of things pertaining to righteousness, and then have fallen away into sin and transgression, they become more hardened, and thus their state becomes worse than though they had never known these things" (Alma 24: 30).

According to the Book of Mormon, to preserve our civilization, we must resist false religion, religious and political extremism, fascisim, and secret combinations. The Apostle Paul also taught this sobering truth when he said: "For we wrestle not against flesh and blood, but against principalities, against powers, against the rulers of the darkness of this world, against spiritual wickedness in high places" (Eph. 6: 12).

This article is right on the money. The most correct book of any on earth was written for our time thus the lessons are appropriate and clear for those who hath understanding. This is a stand-up article...good job.