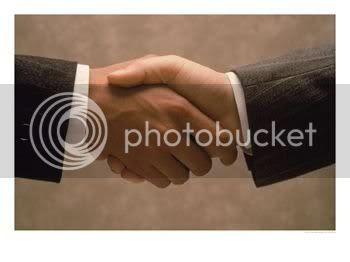 Book of Mormon provides some interesting commentary on factors such as "Free Trade" that prepared the Lamanites to accept the Gospel of Jesus Christ. Hundreds of years before the time of King Benjamin's reign, Enos describes the Lamanites by saying:

"the people of Nephi did seek diligently to restore the Lamanites unto the true faith in God. But our labors were vain; their hatred was fixed, and they were led by their evil nature that they became wild, and ferocious, and a blood-thirsty people, full of idolatry and filthiness; feeding upon beasts of prey; dwelling in tents, and wandering about in the wilderness with a short skin girdle about their loins and their heads shaven; and their skill was in the bow, and in the cimeter, and the ax. And many of them did eat nothing save it was raw meat; and they were continually seeking to destroy us"(Enos 1: 20).

Later on, a group of apostate and estranged priests led by a man named Amulon steal Lamanite daughters for wives. Years later, the Laminites discover the priests and but instead of punishing them for their crimes, they set them up as teachers. The Book of Mormon reads:

"And [King Laman] appointed teachers of the brethren of Amulon in every land which was possessed by his people; and thus the language of Nephi began to be taught among all the people of the Lamanites. And they were a people friendly one with another; nevertheless they knew not God; neither did the brethren of Amulon teach them anything concerning the Lord their God, neither the law of Moses; nor did they teach them the words of Abinadi; But they taught them that they should keep their record, and that they might write one to another. And thus the Lamanites began to increase in riches, and began to trade one with another and wax great, and began to be a cunning and a wise people, as to the wisdom of the world, yea, a very cunning people, delighting in all manner of wickedness and plunder, except it were among their own brethren" (Mosiah 24: 4).

Free trade practices also assisted in the conversion process of the Lamanites. The leader of the Anti-Nephi-Lehi's declared, "I thank my great God that he has given us a portion of his Spirit to soften our hearts, that we have opened a correspondence with these brethren, the Nephites. And behold, I also thank my God, that by opening this correspondence we have been convinced of our sins, and of the many murders which we have committed” (Alma 24: 8-9).